THE PROMISE OF BITCOIN 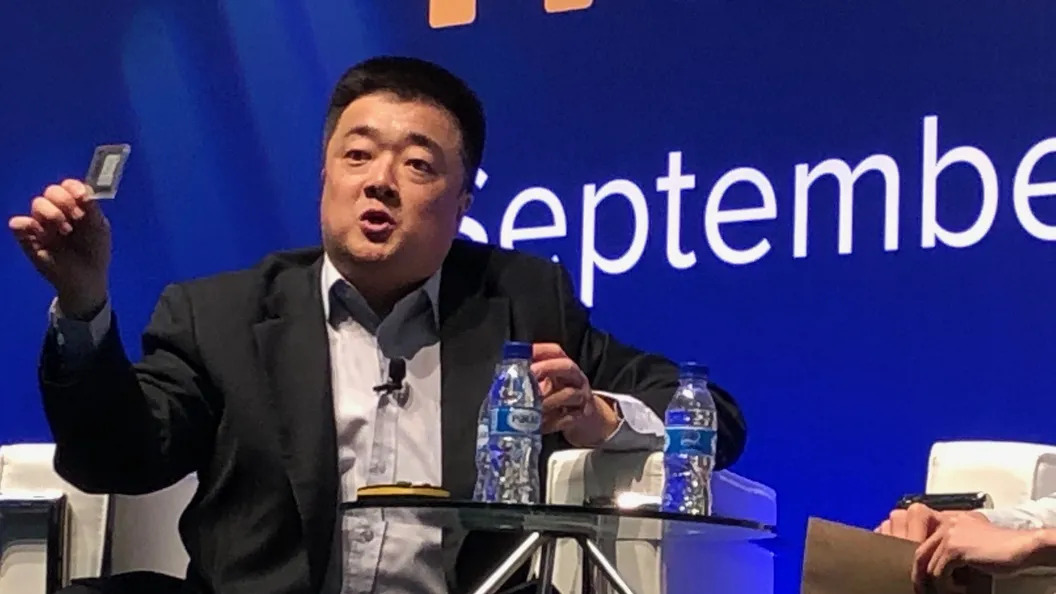 It's 2011. After a series of typical tech jobs, Bobby Lee decides to launch BTCChina, China's first Bitcoin exchange. It would be a wild ride.

Fast forward to 2011, just 13 years after graduating Stanford with bachelor’s and master’s degrees in computer science. Through these memorable years, I had scored internships at Microsoft, where I introduced myself to Bill Gates at the annual interns barbecue he held each summer, and at IBM, the aging lion of the modern computer industry. I had held management positions at Yahoo and other American and Chinese technology companies, and was now about to start work on my biggest role yet: I was one of the five vice presidents managing a new e-commerce service in China for Walmart, the world’s largest company by revenue.

This is an excerpt from "The Promise of Bitcoin: The Future of Money and How It Can Work for You" by Bobby C. Lee (McGraw Hill, May 2021), published today. Consensus 2021: Bobby Lee will appear at CoinDesk's Consensus by CoinDesk, our virtual experience May 24-27, in the "State of Crypto in China" track. Register here.

But it quickly became apparent that Project Panda faced an uphill struggle as much because of internal politics as outside competition. Walmart was quick to hedge its bet by investing in an established Chinese e-commerce company, Yihaodian, and pitted our newly formed division against them. We had no chance. My 150-member technology team did yeoman’s work but couldn’t catch up to our established in-house competitor. Within a year we could all see the endgame for Project Panda.

During that year I had my first conversation about Bitcoin with my brother. Charlie had graduated from MIT’s five-year master’s program in electrical engineering and computer science and was working as a software engineer on Google’s Chrome OS team. Charlie outlined how Bitcoin worked and how it had built a small global following in its two years of existence. More importantly, Charlie made a compelling case for Satoshi’s Bitcoin thesis and its potential for revolutionizing finance. I was hooked.

Just as I started my promising Walmart career, I mined my first bitcoins. The experience was addictive and I started looking for graphics cards that would accelerate my computer’s ability to solve the algorithmic problems that would reward me with more bitcoins. The global Bitcoin community was tiny, but I suspect there was at least one other hobbyist in Shanghai who always seemed to be one step ahead of me. Apparently, he bought out the local computer stores’ supply of high-end graphics cards. The shelves were empty at every store I visited. Thankfully, I found supplies overseas.

I mined bitcoins from the summer through the fall of 2011. My single mining rig ran all day, every day, and it was enough to heat up that whole empty guest room in my apartment in downtown Shanghai.

In late 2012, shortly after leaving Walmart, I decided to take an early exit off the traditional technology management career path and make Bitcoin my full-time career. It was a bold step into an uncharted field. The possibilities were enormous, but the truth was I wasn’t sure exactly what I would do.

Read more: Who is Bobby Lee?

Mining didn’t offer enough variety: once you knew what you were doing, it wasn’t mentally stimulating. But Bitcoin was just about to catch the public eye. What would consumers need to quicken the pace? I had bought additional bitcoins on a local exchange website called BTCChina.com, created by two Chinese men in their late twenties, one a computer programmer from Nanjing and the other a businessman from Beijing. A switch turned on inside me. (This was in the days before litecoin, ethereum and all of the other cryptocurrencies had launched.) The idea behind BTCChina was inspired, and it compelled me to act.

My single mining rig ran all day, every day, and it was enough to heat up that whole empty guest room in my apartment in downtown Shanghai.

Here was an easy-to-use bitcoin exchange platform available to everyone in China. Its functions needed work, but that’s where I could apply my years of experience building consumer-facing platforms. I emailed them cold, asking via customer support to see if I could speak with the boss. A week later, I was in Beijing outlining my BTCChina vision over a Peking duck dinner, and when the three of us had closed the restaurant we continued at a coffee shop late into the night. Our backgrounds were complementary, and our passion and vision were aligned. We would make a good team.

They were skilled entrepreneurs who had a sound foundation, but they lacked managerial know-how, vision and a sense of how to find funding to energize the business. I could bring big-picture, corporate expertise to the mix and an understanding of how technology startups thrive. I also knew about the bumps of early-stage companies. Like startups in most new industries, BTCChina might see huge spikes and then lulls of activity. Over the ensuing weeks, I purchased shares in the company, took on the title of co-founder and CEO, and immediately began speaking with venture capitalists to raise money. When we closed the deal on my role in early 2013, bitcoin’s price was just under $15.

About this time, bitcoin prices and trading volumes started climbing. We were using my Shanghai apartment as our headquarters. But after recruiting two customer service representatives and an ex-Walmart colleague, we leased our first office, a 2,000-square-foot open floor plan in the Xujiahui neighborhood, not far from Shanghai’s business epicenter. It was a small office on the twenty-third floor of an office building, with brightly colored walls painted by the previous tenant, an internet content delivery network company. We were excited to get started and to build a real Bitcoin company in China.

By then, I had also secured a $5 million investment round led by venture firm Lightspeed China, an offshoot of the famed Menlo Park, Calif., venture firm by the same name. Lightspeed China counted some of the country’s highest-profile tech companies in its portfolio. We were the first cryptocurrency company in all of Asia to receive venture funding.

We adopted best practices that were drawn from the American startup world but were new to China’s emerging economy. We provided free sodas and drinks at the office, handed out T-shirts and other gear with our corporate logo, and took employees to the movies to foster team building. I borrowed several traditions from Yahoo, including one where we gave employees custom-designed coffee mugs each Christmas. Employees collected a different personalized mug for every year of service.

The hours were long. We even made Saturday a regular work day. On a memorable company retreat in the fall of 2013 at a vacation island outside Shanghai, we spent most of the time in conference rooms revamping our platform to accommodate a sudden jolt in trading volumes. Bitcoin had just passed $200.

But BTCChina also ran a lean ship. We stayed put in our small space even as we quadrupled our workforce. We mapped product designs and engineering solutions on the glass walls enclosing the conference rooms, which served as makeshift whiteboards. We felt we were part of a bold mission, the introduction of a new type of decentralized digital asset based on a technology with huge potential, called blockchain. We focused everything we did on building our business into something that the average consumer and investor could recognize.

Fill out the form below for any media inquiries.

Thank you! Your submission has been received!
Oops! Something went wrong while submitting the form.
© 2022, BOBBYLEE.COM